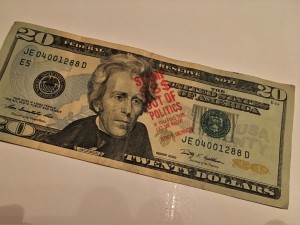 It’s an under-cover story: become a wealth manager so you can learn about the uber-wealthy world, based not just on your own experience, but by talking to others doing the same work.

Brooke Harrington, author of the book Capital without Borders, offers a compelling peak into a world most of us can’t comprehend. A world where passports and visas aren’t needed when traveling by private jet from one nation to another. Where, for the super-rich, the laws “are nothing; they might as well not exist.”  Where people test the commitment and connections of their wealth managers by sending them off in search of smoked salmon and lost jewelry.

Folks in wealth management jobs see behind the curtain, becoming privy not only to complicated financial dealings of their clients—often intended to conceal their holdings—but also to their often-complicated relationships as well: the good, the bad, and the ugly.  Sometimes it’s stuff the clients don’t want to have land in the newspaper, their soon-to-be ex’s bank account, or their lazy offspring’s hands.  When money and family collide, and secrets want to be kept, it can get messy. And wealth managers, “social workers for the rich,” are in the thick of it.

If you suspect some really wealthy people operate on a completely different dimension than the rest of us; a dimension where national boundaries, laws and taxes are optional; where preserving wealth is a moral defense against theft-by-taxation, government incompetence and redistribution; well, this podcast won’t dissuade you from your view.

But before you get too envious, Harrington has heard that being super rich can be like being a lottery winner: you’re never quite sure who your friends really are.

Fascinating episode. As always, Shankar Vendantam delivers up powerful ideas in a compact and engaging podcast.

I listen to podcasts and tell you about great episodes and podcasters. Not necessarily new; just necessarily great.