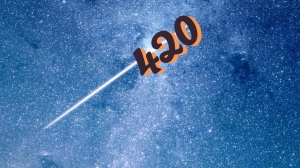 Sonoma County is bursting to become a marijuana mecca. Wine, beer, hard cider and spirits aren’t enough. Time to build out our cannabis resume. Can we claim some valuable, credible history by being close to the birthplace of the infamous “420” reference? Founded right down the highway. In Marin. By the Waldos.

Want details? Tune in to Criminal to find out about the Waldos, their early ‘70’s marijuana treasure hunt, and the evidence they have that proves they were the point of origin for the 420 term.

And by-the-way, as of March 2017, 420 is officially a word in the Oxford English Dictionary.

I listen to podcasts and tell you about great episodes and podcasters. Not necessarily new; just necessarily great.